Edgewater is a unique Intracoastal waterfront community, located alongside a diverse ecosystem, the Indian River Lagoon, known as the underwater rain forest. Edgewater’s quiet, small town charm has earned the title of The Hospitality City. Some of the most breath-taking estuaries and wild life in the country are located here. This is home to 300 species of birds, 680 species of fish, playing dolphins, and the famous manatee. Several small, undeveloped islands separate the shoreline and river’s channel from the accessible backwaters and the Atlantic Ocean. To the north is the City of New Smyrna Beach. South is unincorporated Volusia County and the small city of Oak Hill. To the west is pristine hardwood hammocks, rural, agricultural areas and Interstate 95.

In 1924, the Florida State Legislature changed the name from Hawks Park to Edgewater. Through the years, many improvements came: a general store, and a crab meat factory; and a larger post office and hospital were built. It was the only hospital on the East Coast south of St. Augustine. Orange groves, apiaries, poultry yards, vegetable gardens and bee-keeping were prevalent. Tropical Blossom Honey Company began shipping honey to many foreign countries and Loveland Groves shipped fruit all over the United States. These companies still thrive today. 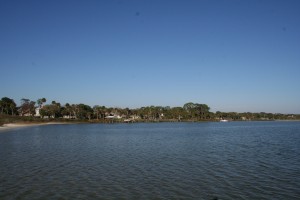 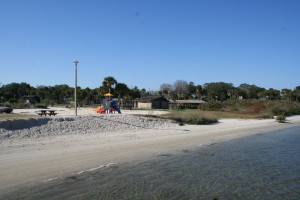 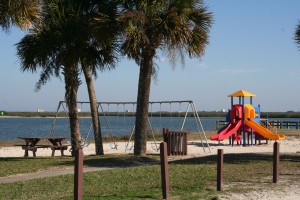 The 1950’s brought much change. A City Hall and Community Center were constructed. Edgewater incorporated as a municipality in 1951. From 1954 to 1957 a new residential subdivision was platted called Florida Shores. It contains 7,200 lots and was annexed into the City in 1957, and remains the second largest subdivision in the County.

The population of Edgewater increased from 115 residents in 1884 to over 20,000 today. Edgewater is no longer a community in which to spend only the winter months. Edgewater Landing, a riverfront manufactured home subdivision, has recently been recognized as one of The 50 Best Retirement Communities in America.

A short distance away, in our sister city of New Smyrna Beach, is the Atlantic Ocean. Coupled with the Florida sunshine and the City’s natural and recreational assets, more people are attracted here each year. 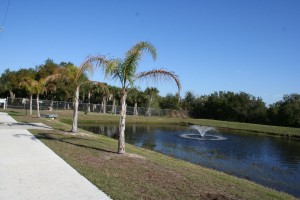 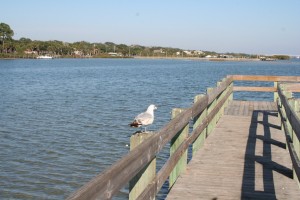 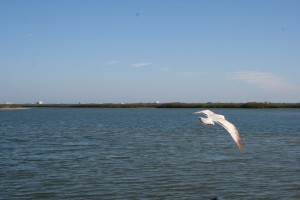 The City experienced rapid growth in the 1980’s, which created infrastructure deficiencies. In the City’s 1990 Comprehensive Plan, population projections were estimated based on past trends of rapid growth. To ensure the planning for proper public facilities and services to support orderly growth and development, the City embarked on an aggressive capital improvement program. The City has expended nearly $60 million constructing new water and wastewater treatment plants, sanitary sewer, potable water and reclaimed water lines and new road and drainage improvements. Growth is now occurring at a more manageable pace.

Edgewater has 146 acres of parkland, with a variety of uses ranging from Resource Based (picnicking, fitness trails swimming and fishing), Activity Based (tennis, football, racquetball, baseball, bicycling, etc.), and Passive Based (leisure activities and open space). The Riverwalk along scenic Riverside Drive has become a popular facility for walkers, bicyclists and nature lovers.