Holly Hill was so named by William Flemming in 1877 when he built a home on the 4000 acres he owned along the Halifax River. Situated south of Ormond Beach and north of a recent settlement called Daytona, his fellow settlers agreed and the name stuck. With the establishment of a post office, a general store and a school, the little community quietly grew to about 50 souls by the end of the century. In 1901, by a vote of 31 people, it incorporated. Holly Hill is an important slice of the riverside development with a blend of commercial and quiet residential areas. Holly Hill is said to be the locale of Bill McCoy’s rum-running business. His pride in his product led him to putting his name on every case, and pretty soon the whole country was looking for the “Real McCoy.”

Life in this little community is as pleasant, peaceful and rewarding as you’d expect in a town dubbed the “City with a Heart.” Plenty of social clubs, civic organizations and imaginative recreational programs contribute to Holly Hill’s high quality of life. A modern library and over a dozen charming public parks keep active people occupied rain or shine. Churches representing many different denominations are ready to offer visitors and new members a warm reception… we’re not called the “City with a Heart” for nothing! 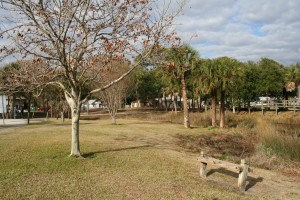 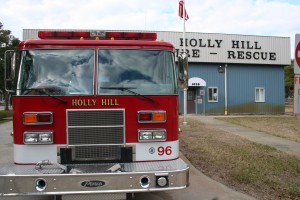 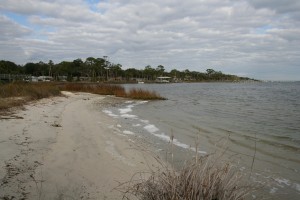 The Origin of Holly Hill
Holly Hill’s history goes all the way back to 1880. Although the city wasn’t incorporated or platted until 1901, as a community, they proudly passed the century mark several years ago.
The Wetherells from Philadelphia were among the first residents of Holly Hill, arriving in 1876. They and fifteen other families had been persuaded by a landowner named Fleming to resettle in this area. At the time it was little more than a wilderness of screech owls, panthers, snakes, alligators, wild hogs, mosquitoes and rum runners. Not a very wholesome place for a couple with four small children, but early Florida history is filled with accounts of pioneers whose courage and tenacity were nothing short of heroic. The community’s first families set to work right away to build sawmills, homes, churches and schools in the midst of exotic flowers, fruits and a profusion of holly trees.
The Wetherells had sailed from Philadelphia in a small schooner as far as Fernandina. There, as they waited two weeks for a freight-passenger ship to Daytona, they were joined by two families from New Port, Virginia. 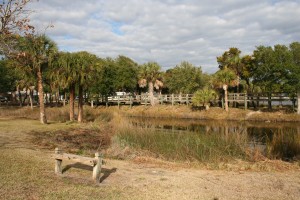 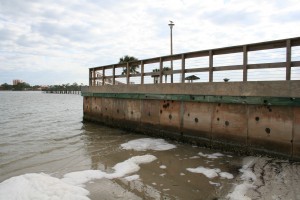 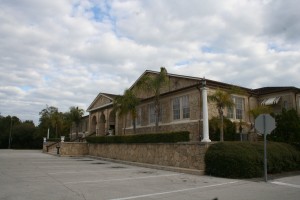 There was no railroad closer than Jacksonville. Mail was brought in about once a week; a dry goods box in the corner of a small Daytona store served as a Post Office. Dependent on boats for their supply of groceries, these families experienced frequent food shortages during periods of stormy weather. Though fish, oysters and wild game were abundant, women and children often dug for coontie roots, which they grated and baked into pancakes to use in place of bread.

The Wetherells first lived in a house deep in the woods. That site is now the busy intersection of Ridgewood and Volusia Avenues! After a few months they bought 220 square feet on Washington Avenue from Fleming for $75, in what was soon to be named Holly Hill.

There was quite a bit of controversy over what the community should be called. Some preferred Oleander; others wanted to name it New Port News after the home they left behind. Finally Mr. Fleming was allowed to do the honors, since he owned most of the land. He called the settlement Holly Hill in honor of the Irish coastal town where he was born.